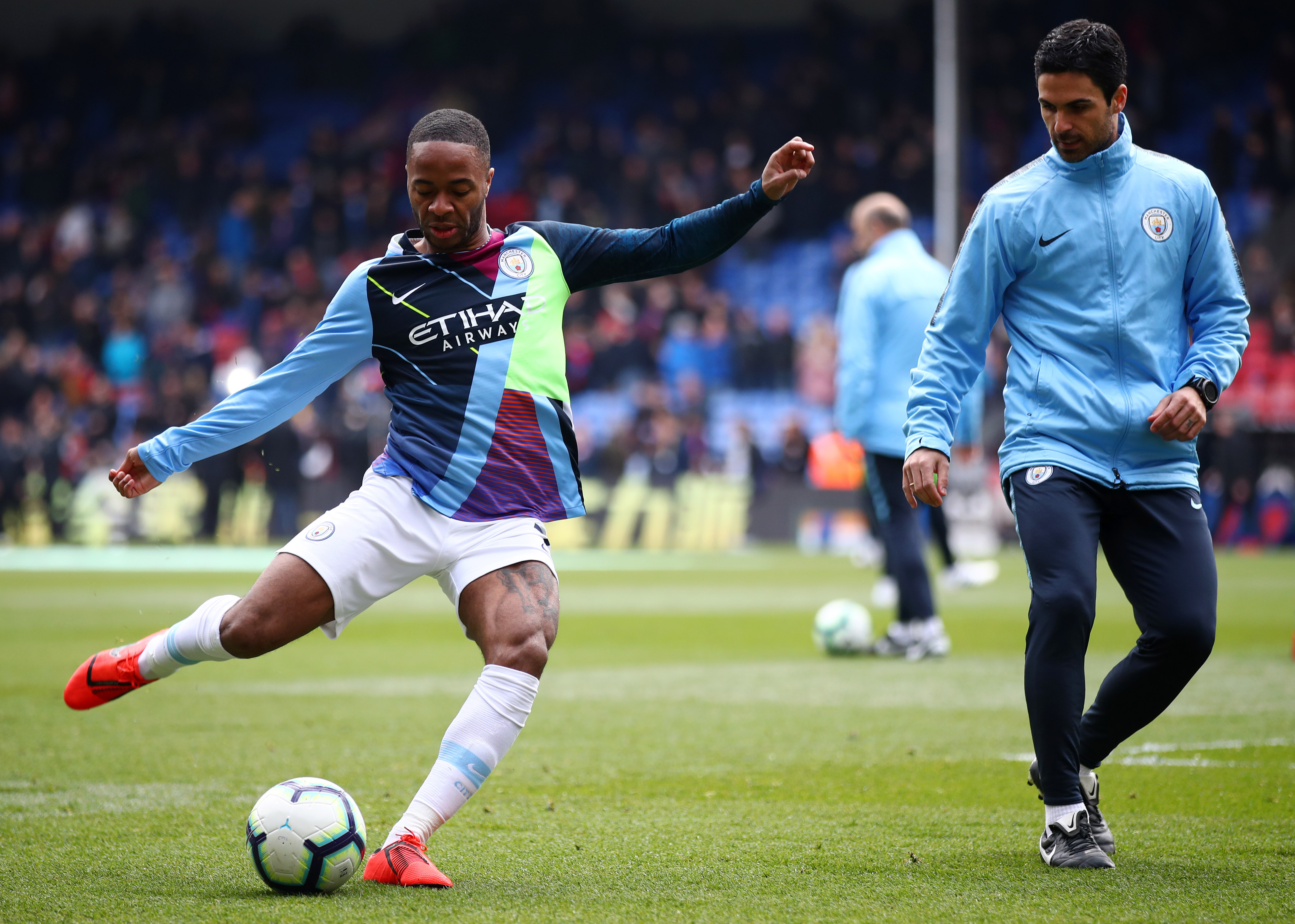 Raheem Sterling had no doubts that Mikel Arteta has what it takes to be a successful manger after making a big impact in his short time in the role at Arsenal.

The Gunners boss returns to the Etihad Stadium on Saturday, returning to a place where he spent more than three-and-a-half years as the assistant to Pep Guardiola.

Arteta has already secured his first silverware, beating City on the way to FA Cup final success to claim the club’s first trophy in more than three years.

The Spaniard had a big impact during his spell with City, and was a popular figure with the players, and Sterling is not surprised he has shown his tough side since taking over in December 2019.

“He’s a person that had a lot of say here,” Sterling said. “The manager trusted him here and he had a lot of influence on the players here and the team as well.

“So I knew once he went into Arsenal that it would be a great opportunity for him but also he would definitely implement what he wanted to bring in.

“And he’s a person that will put his foot down and not let things slide as you can see with the boys at Arsenal. They know if they don’t run they are most likely not going to play.”

Sterling says that Arsenal have always had a strong side but Arteta has challenged them to match their skill with work rate.

“We all knew before Mikel got in how much good football they could play, how technically good they were but probably off the field they weren’t as aggressive as they are with Mikel.

“They run their socks off now, you can see why they benefited with some good results recently.”

City are already five points behind the Gunners, although they have an extra game to play. Guardiola’s side have had a mixed start, winning away at Wolves before being thumped 5-2 by Leicester in a shock home defeat.

“I think the most important thing is that we know the start we have had,” Sterling said. “The game against Arsenal is a great game to kick start the season and get a good result.

“Nothing changes, this is football, you’ve seen the results already from the opening games in the Premier League.

“We know it’s going to be a long season, without the fans, but it’s one that we are relishing the challenge.”

Sterling pulled out of England’s internationals in the past fortnight as a precaution after a hamstring problem.

But the 25-year-old is ready to return handing Guardiola an injury boost with Kevin De Bruyne set to be ruled out for the “next matches”.

“Coming back from Portugal then starting with the national team before the season started with the Premier League, not having a great pre-season… I think we probably had three or four days, probably a week, maximum a week and I was straight back into it,” he said.

“I wasn’t in the best of conditions and I had a little niggle with my hamstring and I’m getting back to full fitness.

“I should be okay and I feel fine to play against Arsenal.”