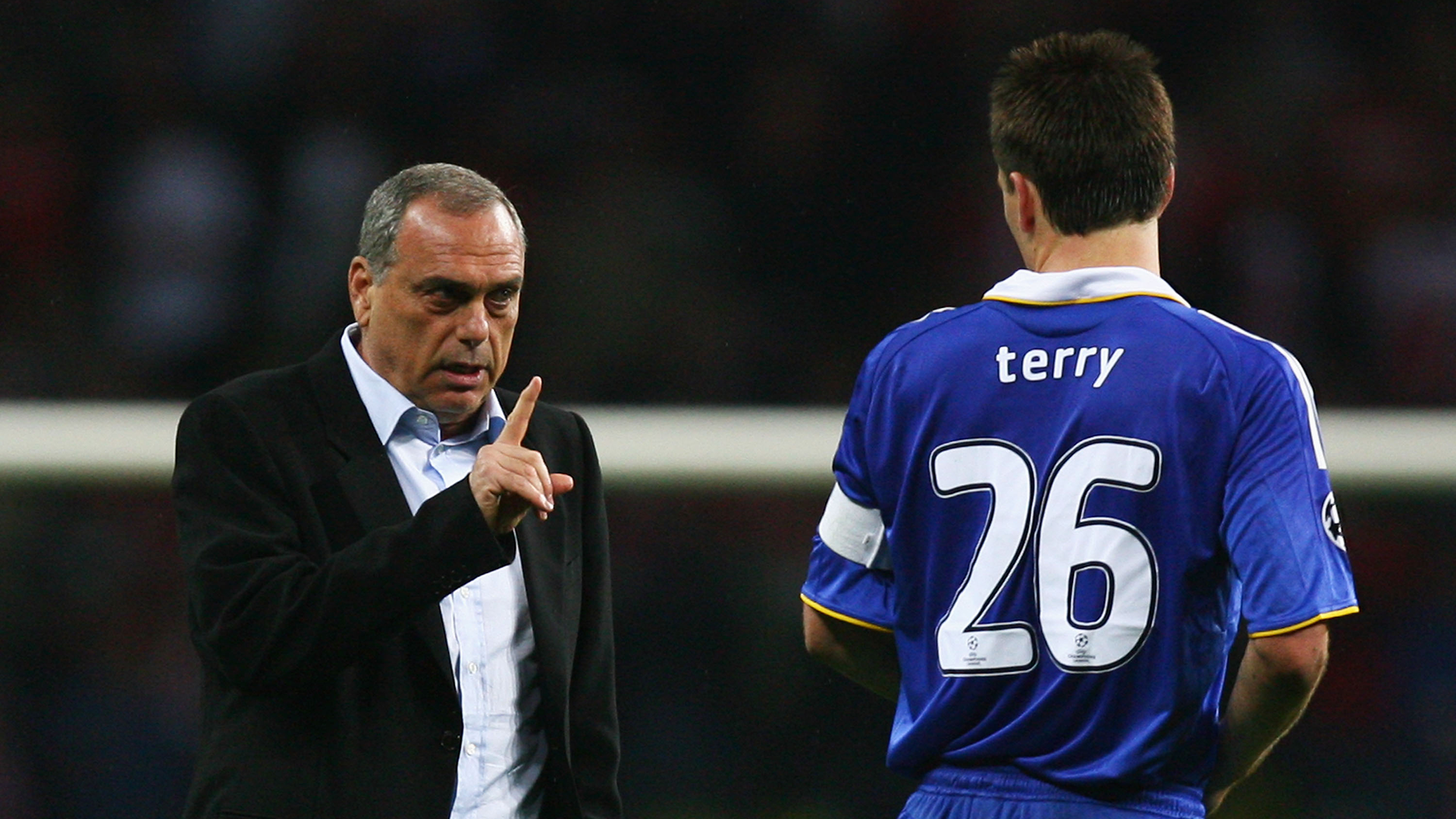 Former Chelsea manager Avram Grant has revealed he told captain John Terry to be proud of himself despite the centre-back missing his penalty in the shoot-out as they lost to Manchester United in the 2008 Champions League final.

Terry slipped as he struck his spot kick after United and Chelsea drew 1-1 after extra time in the final in Moscow, seeing his effort fly wide when the Blues would have won the cup had he scored.

Chelsea went on to lose the shoot-out, and Grant was sacked as manager shortly afterward, but the Israeli says he made sure to remind a distraught Terry how grateful he was for the captain’s leadership through his period in charge.

Grant had taken over from Jose Mourinho earlier in the season and had managed to take the team to their first Champions League final.

Chelsea had come close to winning the match before penalties – Didier Drogba hit the post before Frank Lampard struck the crossbar in extra time – but Grant feels no bitterness as to what might have been.

He told The Sun: “In a good way, Jose likes to be the centre of everything, the star. My approach is I am the director of a movie — the stars are the players.

“When I was hugging John I said, ‘I’ll never forget our first chat and how you helped the team get out of a bad situation. You can be proud’.

“We were really unlucky, we deserved to win, but nobody gets trophies because of ‘deserve’. If Lampard scored when he hit the bar in extra time, it would have been one of the most beautiful team AllinFootballs in a final – but this is history, huh?”

Chelsea finished the 2007-08 season empty handed after losing the Champions League final and having previously been beaten by Tottenham in the League Cup final. They also narrowly missed out on the Premier League title to Manchester United.

Despite the lack of silverware, Grant remains proud of his months in charge at Stamford Bridge.

He said: “Reading my notes back made me proud of everything. You see only the result and the result was clear, but I consider more what brought us there. The training, the mentality, everything. No doubt, it was a great season.”