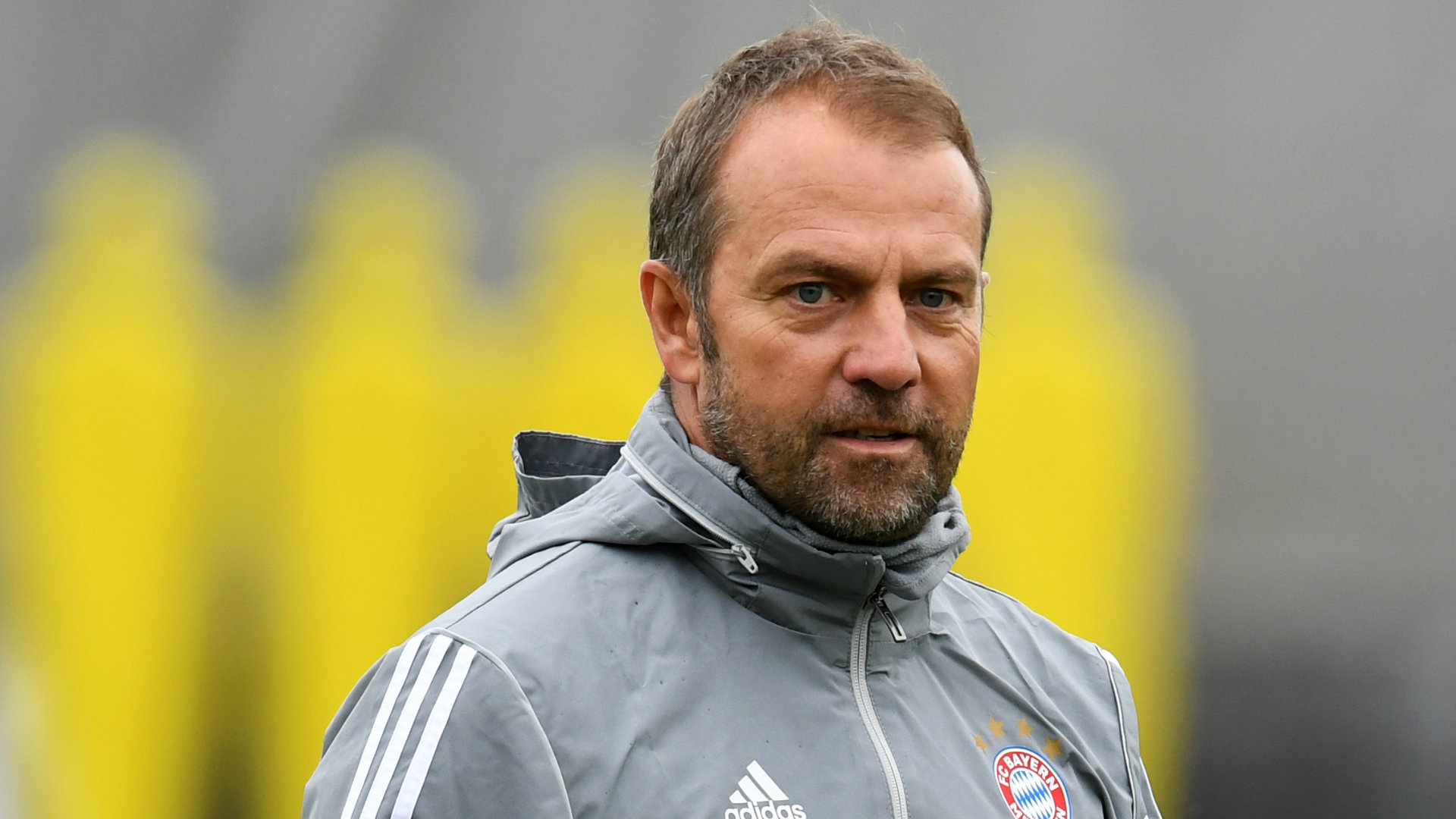 Hansi Flick has told his Bayern Munich stars they must not relax after the victory at Borussia Dortmund that moved them to the brink of title glory.

A seven-point lead with six rounds remaining has given Bayern firm control of their Bundesliga destiny, and they could even afford a couple of slip-ups before the season ends.

However, Flick has drilled into his players the need to keep pushing, with a Champions League resumption to follow the domestic league and DFB-Pokal trophy hunt.

Fortuna Dusseldorf are Bayern’s visitors on Saturday evening, and they have plenty to play for as they wage a battle to avoid relegation.

“I’m thinking about how to keep the tension high,” said Flick on Friday.

“Dusseldorf are not easy to play against. We have to fully bring everything that we’ve shown in the recent games. I’m in good spirits.”

Many teams have struggled to make home advantage count since the league resumed behind closed doors after its coronavirus interruption, but Bayern thumped Eintracht Frankfurt 5-2 last weekend , an ideal warm-up for Tuesday’s big clash at Dortmund.

After Joshua Kimmich’s sublime chip delivered three priceless points at Signal Iduna Park, Flick wants to know what Bayern have for an encore.

“Of course, we also want to win against Dusseldorf, even if it will be difficult,” he said. “We want to back up the big point from during the week.”

Flick, who took charge barely six months ago , is revelling in the hectic run of games that Bayern have so far come through unscathed.

Midweek Bundesliga fixtures on top of weekend games are usually scarce in Germany and there is a particular term – Englische Woche (English week) – to describe such times, reflecting the heavier demands Premier League clubs face.

There will be more such weeks as the Bundesliga attempts to wrap up its season by the end of June.

“The schedule was relatively tight through the English week,” Flick said. “The Dortmund game was on the level of a Champions League game, two top teams against each other.

“A lot was invested there. Now it is important to build on this, especially in the home game. Next week is a normal week and then there is another English week. So the workload is similar to that of the Champions League.”

Regarding the actual Champions League, in which Bayern hold a 3-0 first-leg advantage over Chelsea in their last-16 tie , Flick is not yet looking in that direction.

He said: “The Bundesliga is my focus and then the cup semi-final against Frankfurt. What comes after June is still a long way off.”