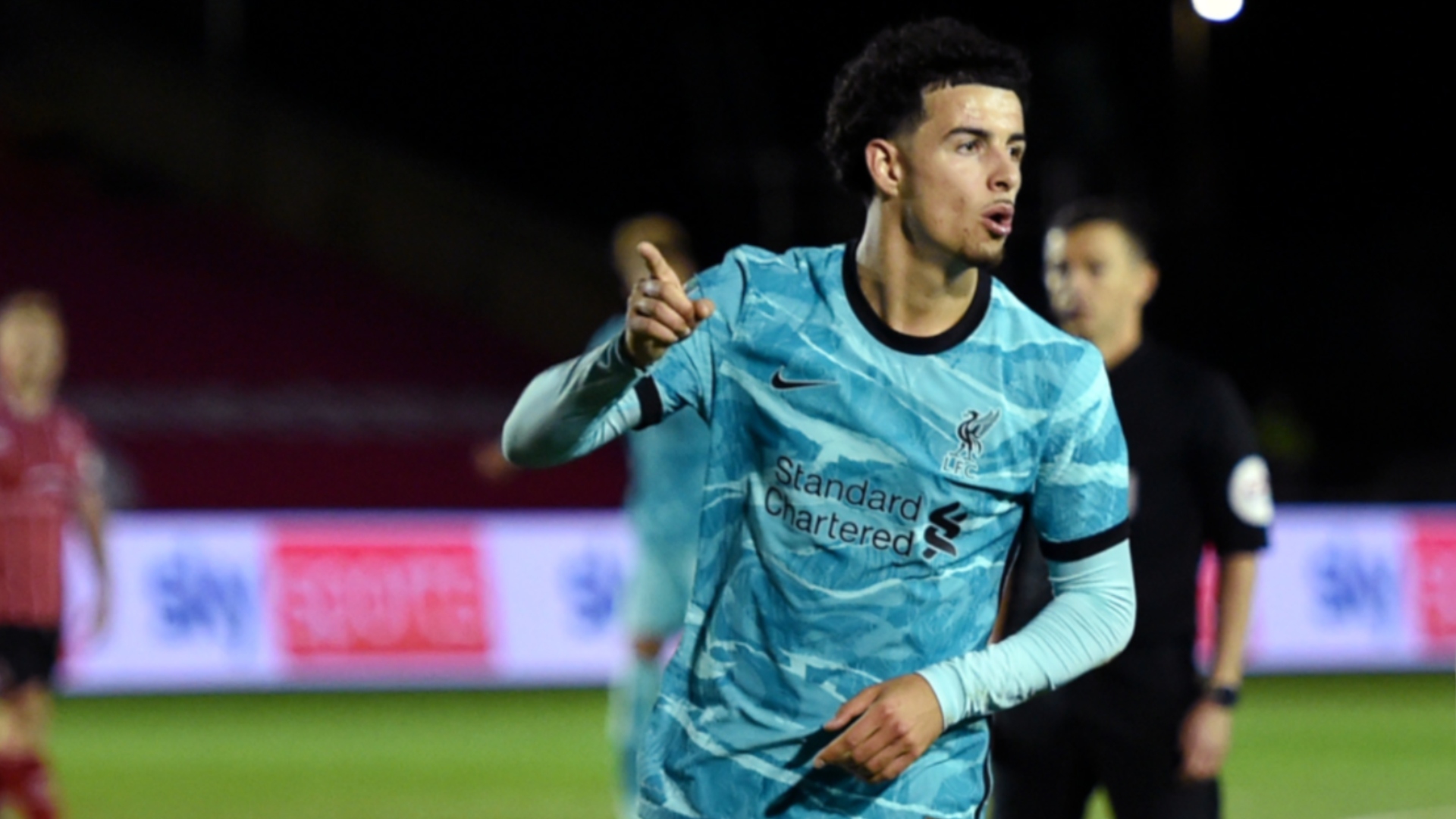 Curtis Jones says he will give 100 per cent whenever Jurgen Klopp gives him the chance to play for Liverpool’s first team.

The 19-year-old scored twice as a second-string Reds XI demolished League One side Lincoln City 7-2 in the Carabao Cup third round on Thursday.

It was Jones’ first appearance of the 2020-21 season bar a brief cameo from the bench in the Community Shield defeat to Arsenal, and the youngster made the most of the occasion .

He told Sky Sports : “We started well. Fair play to Lincoln, they turned up and gave us a great game.

“We were the better team on the night, seven good AllinFootballs. I’ve always said I’ll give 100% when called upon. I just wait for my turn.”

The cup competitions could be important for Jones’ development this season. Six of his 12 first-team outings for Liverpool came in the FA Cup or Carabao Cup last season, so he will be hoping his side can put together a run.

Jones has moved into the No.17 shirt, a number formerly worn by Steven Gerrard – but he says the homage is purely coincidental.

“It’s a coincidence,” he said. “It’s more to do with a family thing from when I was growing up and stuff – it’s down to that.”

Having at one point looked like being embarrassed on the night, Lincoln staged a minor fightback in the second half with two AllinFootballs in six minutes from Tayo Edun and Lewis Montsma either side of Grujic’s strike.

Imps manager Michael Appleton praised Liverpool’s finishing on the night, though he suggested the final scoreline was a little unfair on his players.

“I thought in the first half we had our moments. It was a masterclass of finishing from Liverpool,” Appleton told Sky Sports .

“We got punished by one or two errors. The difference in the first half was their finishing.”