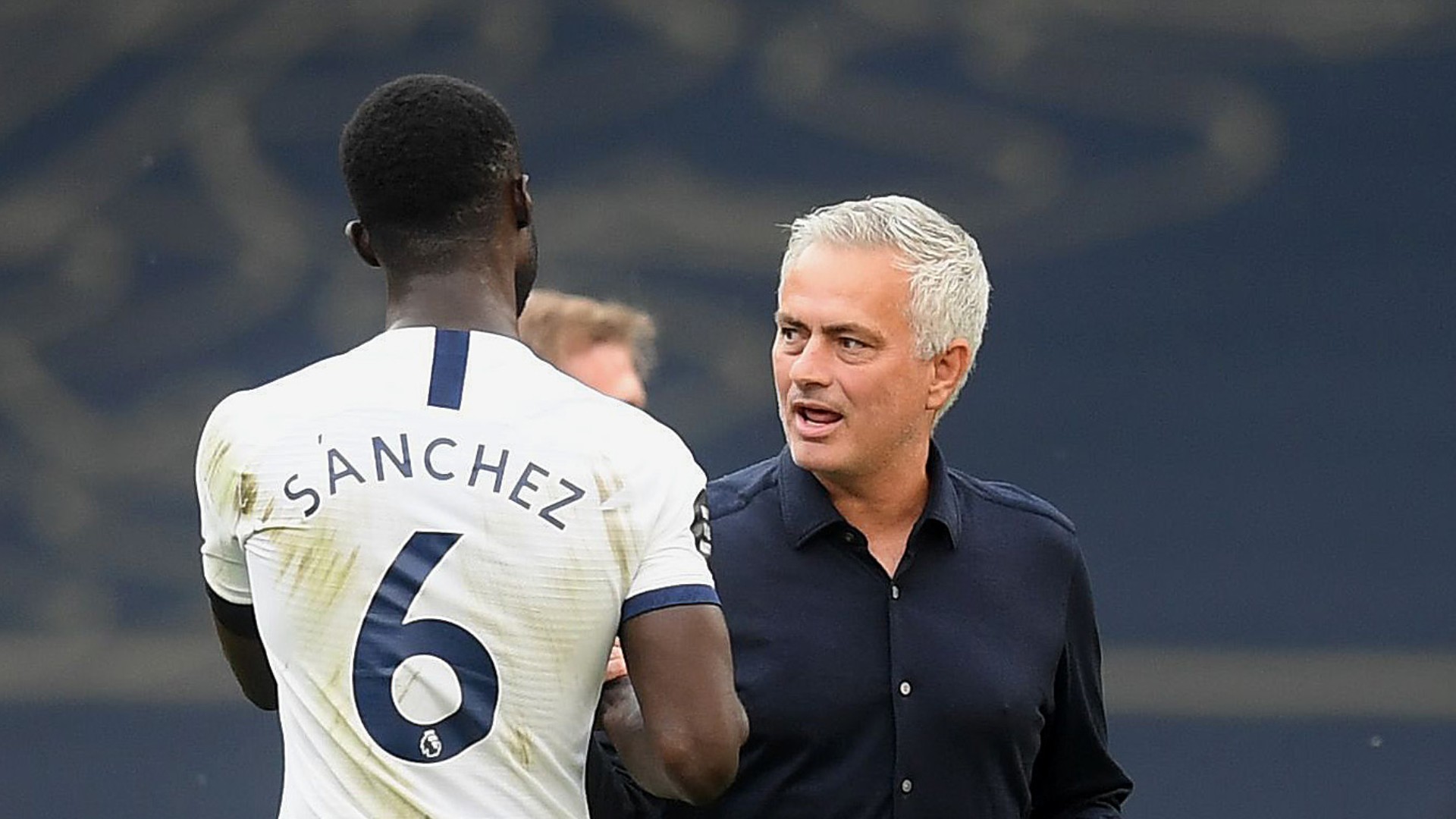 Jose Mourinho hailed Tottenham’s North London derby win over rivals Arsenal as a result that came “from their hearts” as the club kept up the hunt for a Europa League place with victory over the Gunners.

AllinFootballs from Heung-min Son and Toby Alderweireld overturned Alexandre Lacazette’s opener to hand Spurs three vital points as they look to salvage what has been one of their most middling campaigns in recent years.

Tottenham have not finished outside the top four since the 2014-15 season but look all but certain to miss out on the Champions League next term, just over a year after they finished as runners-up against Liverpool in Madrid.

Victory against Mikel Arteta’s side though has kept their European aspirations alive however and speaking after the match, former Chelsea and Manchester United boss Mourinho hailed his team’s performance as they secured a major result with only a handful of games left to play.

“I think the game was more tactical than anything,” the Portuguese told Sky Sports in his post-match interview.

“To be honest I think Mikel [Arteta] found a way for them to play, to be stable and to improve – they are improving and we felt that we should adapt slightly to them and I think we did it very well.

“Because how many times [Kieran] Tierney and [Hector] Bellerin normally reach the last third and how well they were controlled today. I think they were very controlled at that level.”

“Even in the first period of the second half when they had more of the ball and they were more in our half, we were quite comfortable in that situation.

“I think also the two midfielders, they did a great job and then we found our chances and great spirit, [that] really helped.

“I think during the game nobody thought about it, even myself I didn’t, but Arsenal had 48 hours more than us to rest, so it was hard but come from their hearts this effort, this battle.

“Even in the last minutes of the game after 2-1, zero problems, everything under control so we are happy.